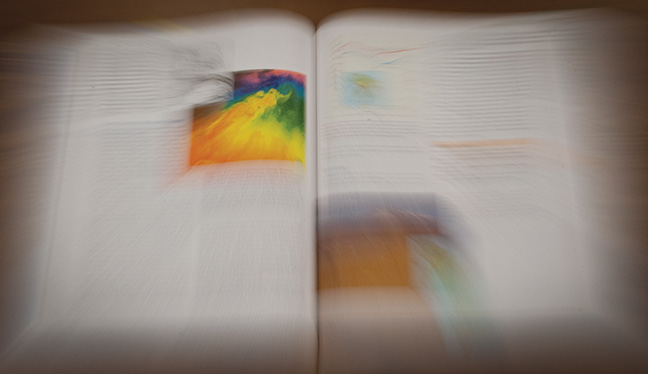 A point-of-view representation of the field of vision a student with a vision impairment would experience.