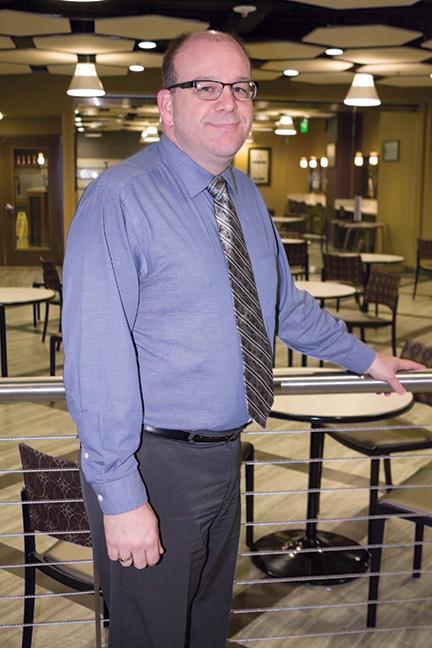 Dr. Richard A. Busalacchi, the associate dean for the Hospitality programs, stands near the main entrance of the 6th Street Bakery, located at the Downtown Milwaukee Campus.