In This Moment kicks off tour with sold-out show 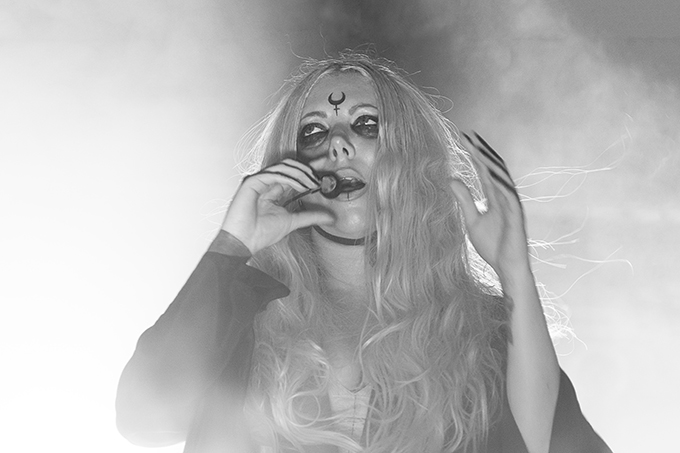 Lead singer Maria Brink of In This Moment at The Rave on April 7.

In This Moment kicked off the first show of their Half God/Half Devil tour in Milwaukee in front of a sold-out crowd at The Rave on April 7.

Seeing In This Moment is a very different experience from other concerts.Their shows are very theatrical and for every song, the lead singer, Maria Brink, would take a second to change her outfit. She went from a shiny, shimmery dress, to resembling a nurse, to wearing nothing but a thin, flowy gown.

The stage was filled with props, fans, smoke machines, and dancers would accompany them.

The crowd was very energetic, and there was great interaction from the band with the crowd.  They opened their set with “Blood,” then followed with “Black Widow.” They also played some of their most popular songs, including “Sick Like Me,” and “Whore,” as part of their encore.

With many other sold-out shows in this U.S. tour, In This Moment continues to give a memorable performance for their fans.