Tough losses for both men’s and women’s b-ball 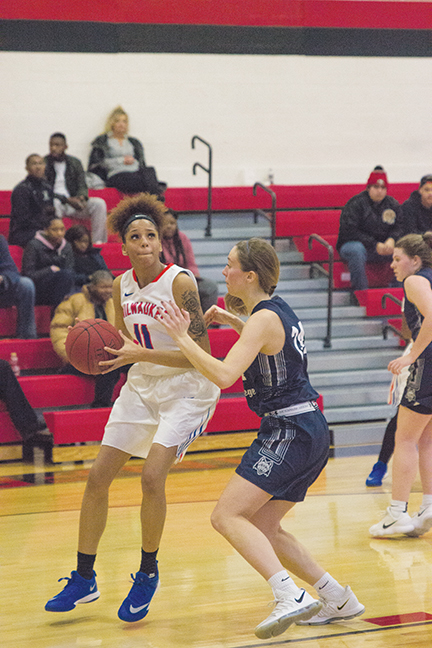 Stormers center Savannah Hayesl (11) sets up for her next shot.

MATC Stormers women’s basketball team played Madison College Feb. 3 at home. The score was tight throughout the game but despite playing hard, the Stormers were defeated, 56-64. Both teams played a great game but only one could come out on top.

The game was intense and extremely fast paced, the crowd was on the edge of their seats as the minutes quickly passed. Unfortunately in the end the Stormers were defeated, 94-104.