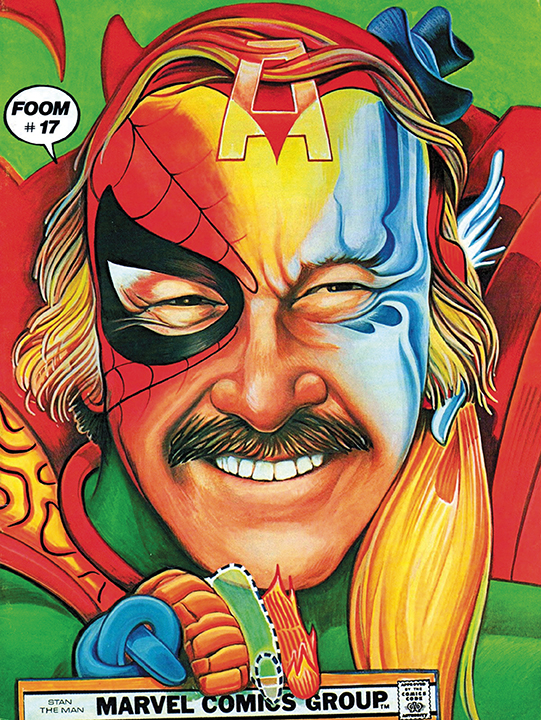 The distinct instrumental opening theme of “X-Men: The Animated Series” will always remind me of the excitement and wonder I felt whenever I sat down to watch the show as a kid in the ‘90s.
The thrumming beats and strings that accompanied cuts of animated explosions and blasts of superpowers led me into a brand new world of superheroes that changed my understanding of being different in America.
The “X-Men” cartoon was my introduction to Cyclops, Wolverine, Rogue, Storm, Beast, Gambit, Jubilee, Jean Grey, Professor X and, eventually, an entire world of American superhero comic books.
Years later, I learned that the animated “X-Men” was based on the Marvel superhero team co-created by Stan Lee, who died Nov. 12 at age 95, and Jack Kirby in the 1960s and that the original comic book lineup didn’t even include some of my favorite characters from the show.
But it was thanks to them that I found a superhero team that I could relate to as an awkward, quiet, budding queer Asian American kid who couldn’t quite figure out how to fit in growing up.
Part of Lee’s legacy is how he, along with his artistic collaborators, created more complex superheroes, depicted as human with their personal struggles, grappling with their own sense of justice, and compelling fans to make deeper connections.
“(Stan Lee) gave me a place to escape into – an endless, imaginative playground filled with the most amazing, fantastic and uncanny heroes ever,” Jim Lee, DC Entertainment’s chief creative officer, wrote on Instagram Nov. 12. “And through these characters, Stan Lee gave me my childhood and showed me the value of being different.”
Jim Lee, incidentally, was the artist on some of the most popular “X-Men” comic book runs ever.
The X-Men were different from any superheroes I had ever seen before. Unlike Superman, who was an alien refugee, or Spider-Man, who was bitten by a radioactive spider, the X-Men were people who just happened to be born a little different than everybody else.
The X-Men were mutants –people born with a special gene that gave them superhuman abilities such as enhanced strength, heightened senses, telepathy, telekinesis and energy manipulation. In addition to having a range of powers, they also came in all shapes, sizes and genders.
Some mutants were blue or had wings or something else that made them look different from nonmutants. Others could pass off as any faceless stranger in a crowd. And some of the most powerful mutants were those who at a glance just looked like “normal” women.
“(Stan Lee) was a champion of hope and diversity who fought to unite people of all kinds,” the official “X-Men” account tweeted Nov. 12. “The X-Men are the embodiment of those ideals and should remind us all of the power of acceptance, love, and fighting for what’s right.”
What I learned from the X-Men is that anybody, no matter what they look like, has the potential to be a hero.
And the biggest lesson I took from the X-Men was that having mutant powers, being different, doesn’t automatically make a person a hero or a villain. There are good mutants and bad mutants defined by what each person does with their powers.
To this day, the storylines that resonated with me the most were those that involved society’s reaction to and treatment of mutants. When I first heard the words “Mutant Registration Act” more than 20 years ago, the idea that the U.S. government would want to keep a registry of people just for being different was a very outrageous and frightening thought.
It wasn’t until history classes years later that I understood the fictional persecution wasn’t actually that much of a stretch of the imagination. Now I just have to watch cable news.
Even as a cartoon, the X-Men didn’t simplify what it meant to be a mutant, nor did it shy away from the difficulties people face for being different. The most powerful mutant heroes were also shown struggling with their desire to “be normal,” as some mutants were made to feel that their uniqueness was a burden or a type of ailment to be “cured.”
The underlying message in the X-Men is that being different is not inherently a bad thing, no matter what society or politics wants people to believe. Our differences are a gift, and we owe it to ourselves to use that gift to make the world a better place.
It helped me then. It helps me now.