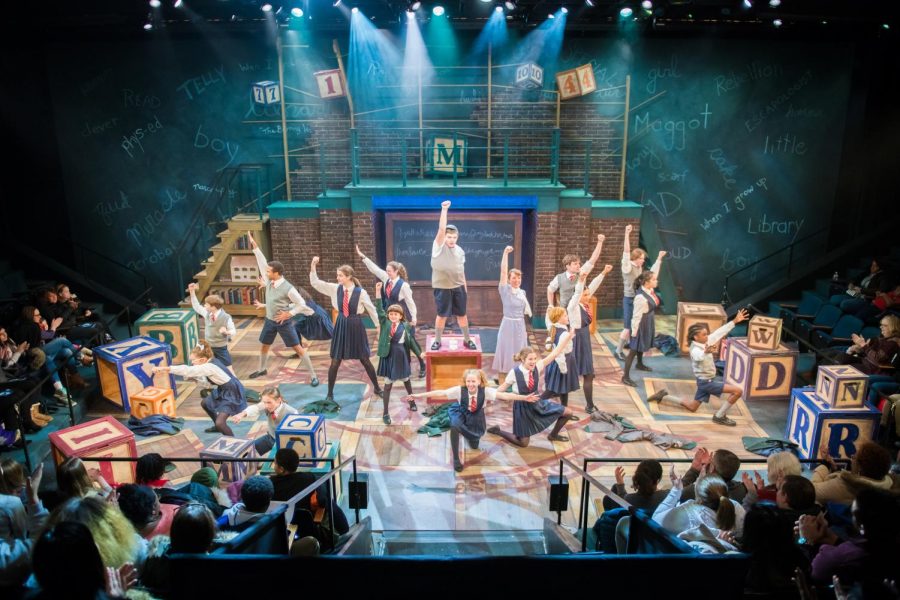 The cast of 'Matilda' takes the Todd Wehr Theater by storm.

First Stage’s first full-length Broadway musical was a delight for all ages to indulge in. Todd Wehr Theater has opened its doors from January 11 – Febuary 24 for the approximately two hours and 40 minutes long Tony Award-winning musical. With the awe-inspiring robust talent of a quite large cast, you’d think that the size of the theater could not accommodate such a performance. The multi-talented bunch utilized the space in such an engaging way that you felt like you were a part of the story. The story of Matilda, based on a book by Roald Dahl originally published in 1988, is already one that many of us can relate to in one way or another. An unlikely heroine who overcomes many obstacles with grit and cleverness while helping others along the way. Whether you’re introducing the classic to a young one in your life or reigniting the nostalgia of your own childhood, prepare to be blown away and inspired by the pure genius and magic of this incredible cast. It’s a must see.