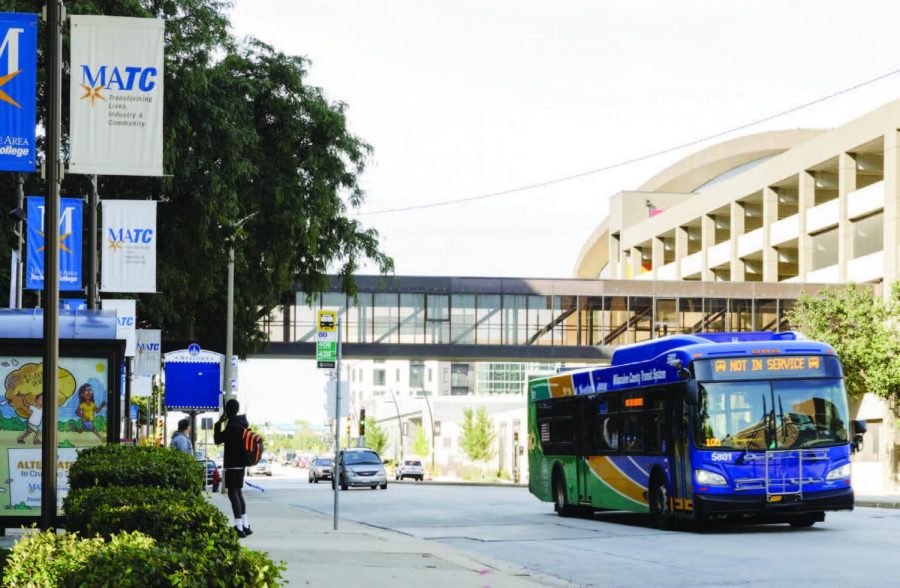 Budget constraints may force cuts to bus routes servicing both Oak Creek and Mequon campus locations. According to the proposal, routes to Oak Creek will be shortened while routes to Mequon will be eliminated.

Route #80 to MATC’s Oak Creek Campus had been slated for elimination but the decision was reversed after efforts by the public led by County Supervisor Steven Shea. “It is critical that students have the ability to get to college and to get to employers and other services,” said Oak Creek Campus vice president, Mark Felsheim.

As of press time, Route 42U to the Mequon Campus still faces elimination. “I’m extremely disappointed in the plans to eliminate,” said Mequon Campus vice president Wilma Bonaparte. “This will deny access to education to those individuals and students who at one time had the dream to improve their lives, the lives of their families, the community, the workforce, and our society,” she said.

The cut route to Mequon was scheduled to be eliminated in 2018. Students, faculty, and staff voiced their concerns at a Milwaukee County Board committee meeting, urging elected officials to save the route. It worked. However, it is unclear if this tactic can possibly work again.

Complicating matters is the ongoing contract dispute with the Amalgamated Transit Union (ATU) Local 998. In a majority vote, the union gave its executive board the authority to call for a work stoppage and strike if their demands are not met, possibly bringing a halt to all county transit services, making it only the third time workers have walked off their jobs in 40 years.

Officials from MCTS are encouraging residents to contact their elected officials and inform them how important public transportation is to them.

Abele is expected to submit his recommended budget by Oct 1, 2019. 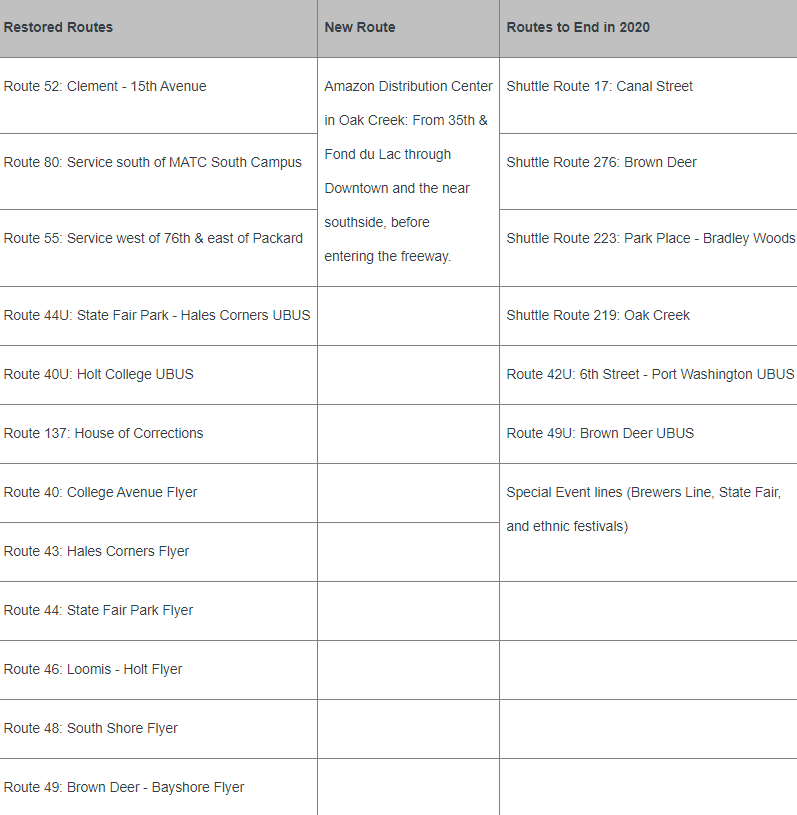